We are pleased to announce that on Sunday September 19, the wall between you and New Jack City will officially come crumbling to the ground. It promises to be quite the party, and it's all going down at Langono Lounge in SE Portland. We hope you'll be able to join us for our big debut. What can you expect during your first trip to New Jack City? Anything could happen, maybe even a visit from these guys...

Posted by DJ Human Highlight Film at 12:20 AM No comments: 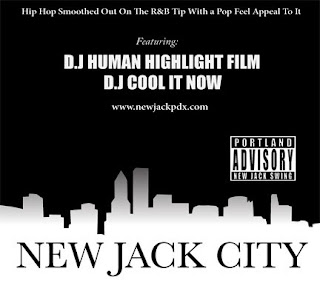 A Force to be reckoned with

Last weekend me and my boy DJ Cool It Now did a little crate digging. As always we were on the hunt for hidden gems of the New Jack era. One group that kept popping out of the dusty bins was Full Force. I remembered the name but couldn’t quite put a sound to it. Cool It Now rolled the dice and picked up one of their albums while I decided to do some research first, using the internet. It’s pretty solid stuff, but I’m not sure how I feel about their outfits. Usually I’m of the opinion that anything goes when we’re discussing the fashion of the late 80’s and early 90’s, but in the following video Full Force is clearly tiptoeing the line between right and wrong.

Posted by DJ Human Highlight Film at 12:07 PM No comments: 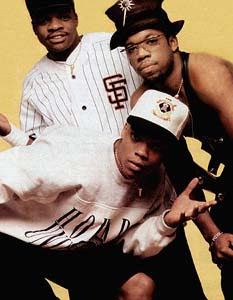 Welcome to New Jack City.
These are the sounds of a lost youth. No Auto Tune needed... just pure vocal mastery. Hip Hop smoothed out on the R&B tip, with a pop feel appeal to it.
Posted by DJ Cool It Now at 8:38 PM No comments:

Posted by DJ Human Highlight Film at 7:19 PM No comments:

From the tranquil streets of Portland Oregon comes New Jack City, a fresh-faced DJ crew specializing in New Jack Swing. This is the music we grew up on. It's time for us to celebrate it, together, at night.